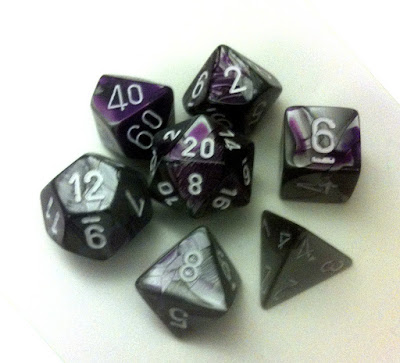 Went to Gateway 2011, the Strategicon labor day convention. I was joined by two friends of mine and we participated in the day's three games together.

Game One was a GURPS Steampunk, the game was run a bit to loosely for my tastes and didn't really feel like Steampunk.

Game Two was Castle Faulkenstien, Steampunk before Steampunk was really its own genre.

I also bought a new set of dice. (Pictured Above)