A short video I created using video footage I shot ten years ago at Anime Expo 2000.

Rocket Girls Are From Venus 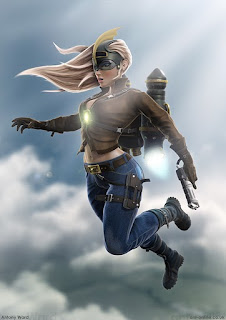 Gamex 2010 was this past weekend, on Saturday my friend Dan and I went down to the LAX Sheraton for a day of gaming. I had the opportunity to try three systems I never played before; Starchildren: The Velvet Generation, Savage Worlds and Spirit of the Century.

Starchildren: The Velvet Generation is a very interesting concept, alien rock stars come to earth to share in the rock and roll experience, only to find a dystopian future waiting for them. But the rule system seems to get in the way.

Savage Worlds is a streamlined system for use in a wide variety of generes. The game I played in was a Fantasy RPG, but it is my understanding that the system can be applied to any number of genres. However it does seem a bit light on the heavy details that longer campaigns thrive on.

Spirit of the Century, set in the Pulp world of the early 1900's uses what I was told is a modified FATE system. This session was a lot of fun, the system calls on the players to take part in the shaping of the story to a greater part than many other RPGs. I had a blast, and I'm looking forward to giving this system another go soon. 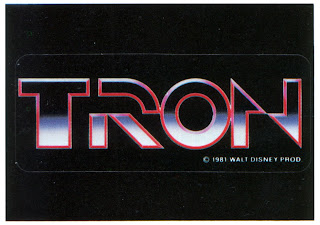 Last of the Tron Stickers, hope everyone enjoyed the all. The new movie is less that seven months away. :)