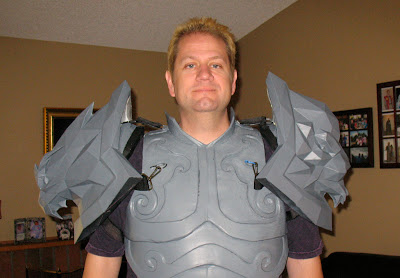 I successfully donned the armor over Thanksgiving break. The shoulder pads rest in place rather easily and allow for quite a bit of arm movement. The picture shows that I need to fix the armor collar on the right side. Not quite sure of how I'll do that yet.

I have cast a few gems using the mold I created, I will post a few pictures of those soon. 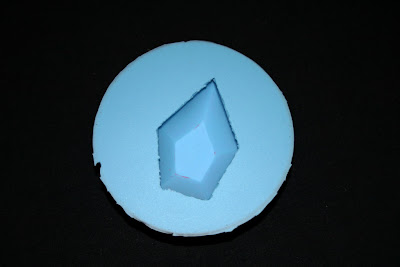 I took the sculpted red gemstone for Shalamayne's hilt and created a silicon mold so I can cast gems in translucent red resin. I used Tap Plastic's RTV silicon, it was much more viscous than I expected, next time I'll need to use more rigid mixing containers.

I built the mold using the top of a drink cup and the lid of an old container. I used hotglue to seal the cup to the lid, then a dab of hot glue to secure the gem in nearly in the center. 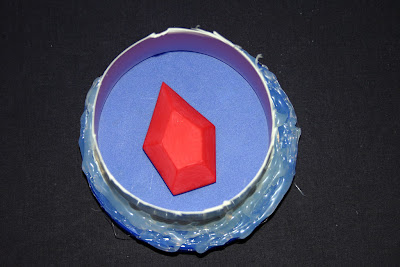 For my first attempt at a mold I think it turned out pretty well. There was a little leakage around the edge of the gem, so the very bottom edge of the gem will be uneven, but that part will be hidden when the gem is incorporated into the sword. 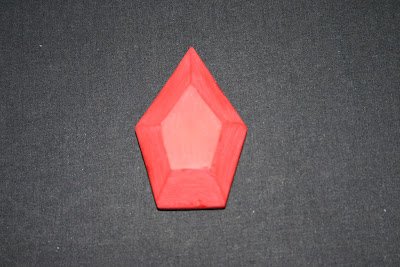 I completed sculpting the red gem for Shalamayne's hilt. I used 320 grit sandpaper to smooth the facets and try and give the edges a sharper look. I am going to do a little wet sanding with 400 grit sandpaper before I create a silicon mold. The better the surface now, the better the cast gem will look.

I plan to cast two red tinted clear gems, I might create a second pair with LEDs embedded in them.

Not sure what to call them, but Varian Wrynn has two lion head brooches, cloak pins? That hold his cape in place. 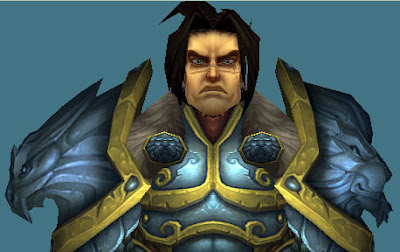 Well, after about two days, I finished sculpting a lion head medallion from Sculpty. They are shown as octagons in-game, but most of the concept art I have seen show them as circular, I think I can alter them slightly to circles if need be. 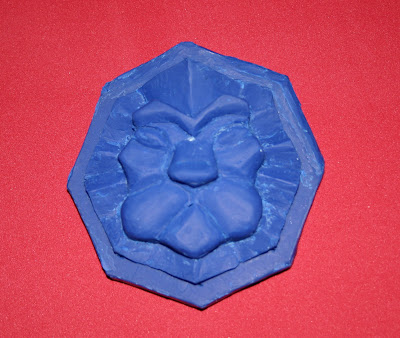 I will be using this as the positive to create a mold and cast this in resin. I am going to research what sort of resin would be best for this.