I wrote this tutorial several years ago, it was posted on the old studiohybrid.org site and as I migrate to the new blog, I don't want to loose these old pages. 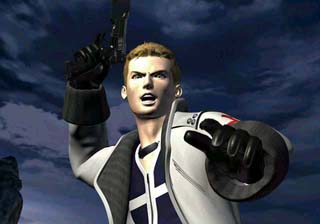 Seifer Almasy from Final Fantasy VIII wears a necklace that resembles an oversized ID bracelet. I remember seeing a version of his necklace for sale years ago, but they don't seem to be available anymore. So I needed to create a necklace from scratch for my Seifer costume, I think it turned out pretty well.

This is a brief tutorial of how I created the necklace for my Seifer costume. 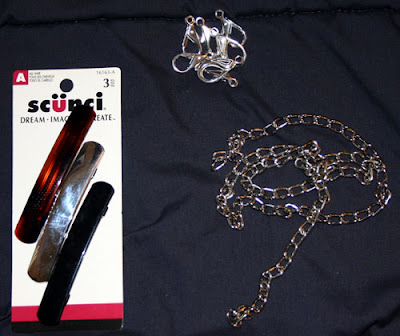 The necklace if made from a "silver" colored plastic hair barrette by a company called Scunci, which I've seen sold in most of the grocery stores in my area. This one in particular came in a pack of 3 for $4.99, but I have seen them for sale recently for $2.99.

I bought 18 inches of Hobby Chain from the local hardware store. The links in this chain have a slight twist to them, which I think both looks better and mounts better on the back of the barrette. The chain sells for about $1.50 a foot.

I used a Lobster Claw clasp from Michaels but you can use whatever sort of clasp you like. I wanted one that I could easily manipulate behind my neck. They're sold in a bag of a dozen, so you'll end up with a lot of extras.

Remove the barrette from the cardboard package; you can see that a metal clasp is attached to the back of the plastic in two spots. Using a small, flat head screwdriver, pry off the metal clasp. Be careful not to scratch the silver finish (cheap paint really) on the barrette. I actually practiced on the black barrette from the package, since I didn't have a use for it. 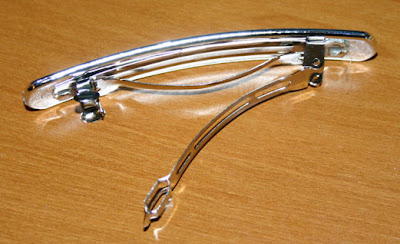 Rear view of the silver barrette 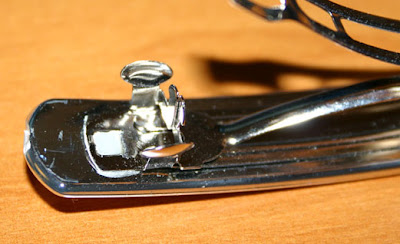 Closeup of the metal clasp 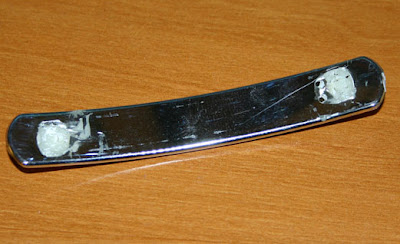 Barrette with the metal clasp removed

After removing the metal clasp, cut the chain in the middle to create two lengths of equal size. You're now ready to begin assembly.

I attached the chain to the back of the barrette using superglue. I placed one flat edge of the twisted chain loop against the same spot on the barrette that the metal clasp was glued. The other end of the loop sticks out perpendicular to the flat of the barrette. Here is one of the reasons I like this style of chain; after it is mounted this way, the chain hangs down in such a way that the barrette hangs edge down, rather than face down. 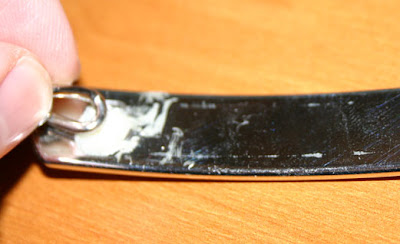 Glue the chains to the back 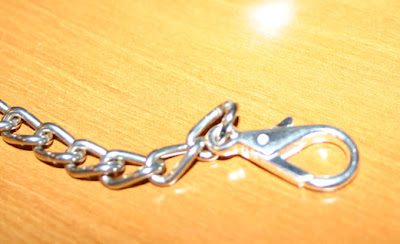 Attach a clasp at the end of the chain

I sized the necklace using a picture of Seifer from the FMV and looking in a mirror. Adjust each length of chain so that the barrette sits in the proper location, from my observation, the necklace sits on the center of Seifer's collarbone.With the chain lengths sized correctly, take in a link or two on one strand and attach the clasp. I finished it off by placing a dot of hot glue over each spot where the chain is super glued to the barrette. 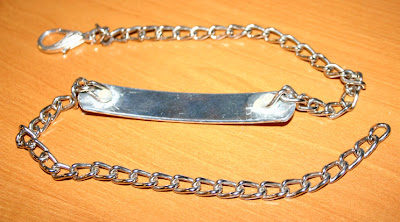 The final result is a pretty good representation of Seifer's Necklace. I should mention that you may want to look at the size of the barrette and make sure it is to scale with the person who will be wearing it. What looks good on me (at 6'2") might not look quite right on someone else.

I hope this has been of some help, feel free to contact me with any questions.
Posted by Nic at 10:36 AM