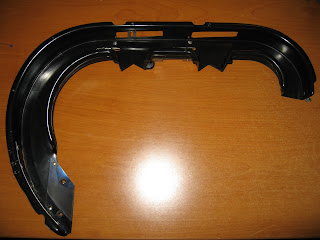 Cracks in the black plastic ramp on the William's High Speed pinball machine are a pretty common problem. My High Speed is no exception. 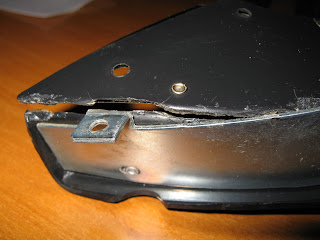 It looked like the previous owner repaired the ramp with a combination of super glue and hot glue. I removed the residue so I could take a stab at repairing it myself. There is a replacement ramp for sale on eBay, but at $99, I'd rather DIY. (or DIM?) 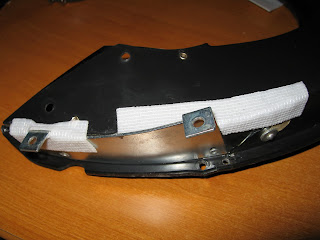 I took two small pieces of Wonderflex and heat shaped them to form bracing on the under side of the ramp. Once it cooled, the Wondeflex formed a solid brace. 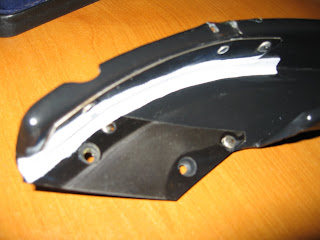 For the inside of the ramp, I took a thin strip of wonderflex and fitted it as tightly into the corner of the ramp as I could. It is soft enough when hot to easily mold against the inside of the broken corner. I made it small enough so it won't interfere with the path of the ball. 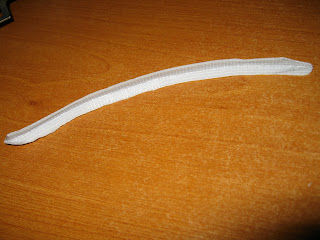 The next step was to carefully remove the wonderflex pieces so they could be painted then glued back in place. Wonderflex will stick to itself without glue, but doesn't really stay in place against other materials. 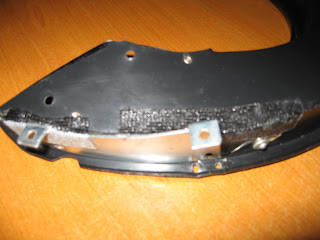 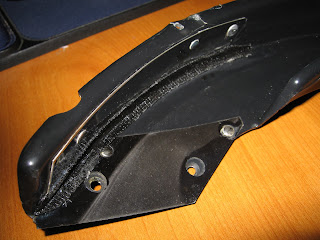 While not invisible, the repair is pretty solid and blends in rather innocuously. Only time will tell if it holds up to regular play. 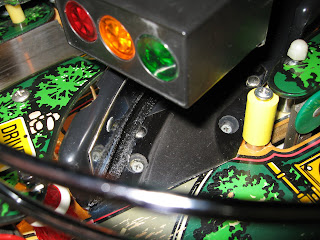 How did the wonder flex repair hold up? I performed a plastic weld repair about a year ago and it starting to open up again.