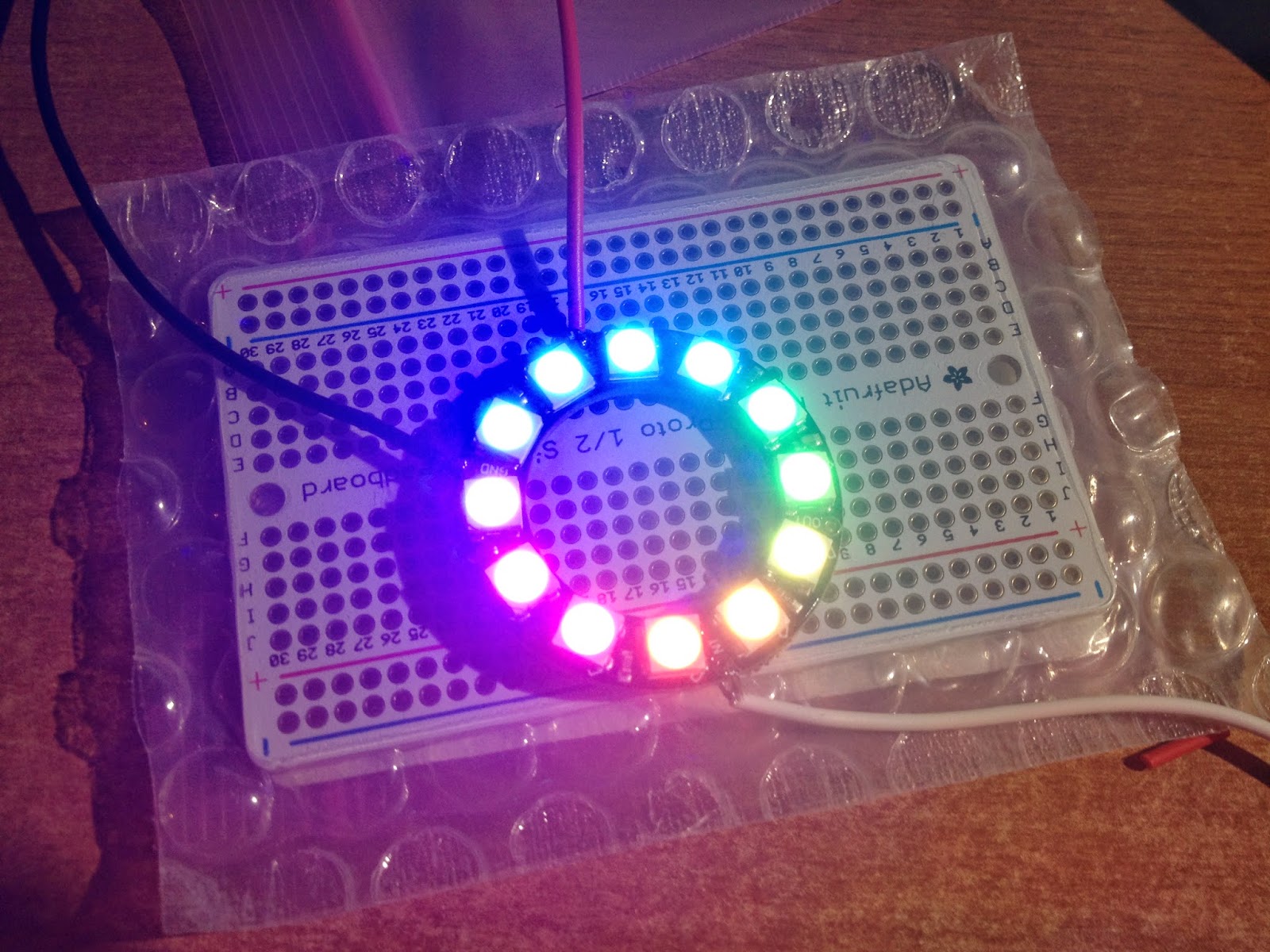 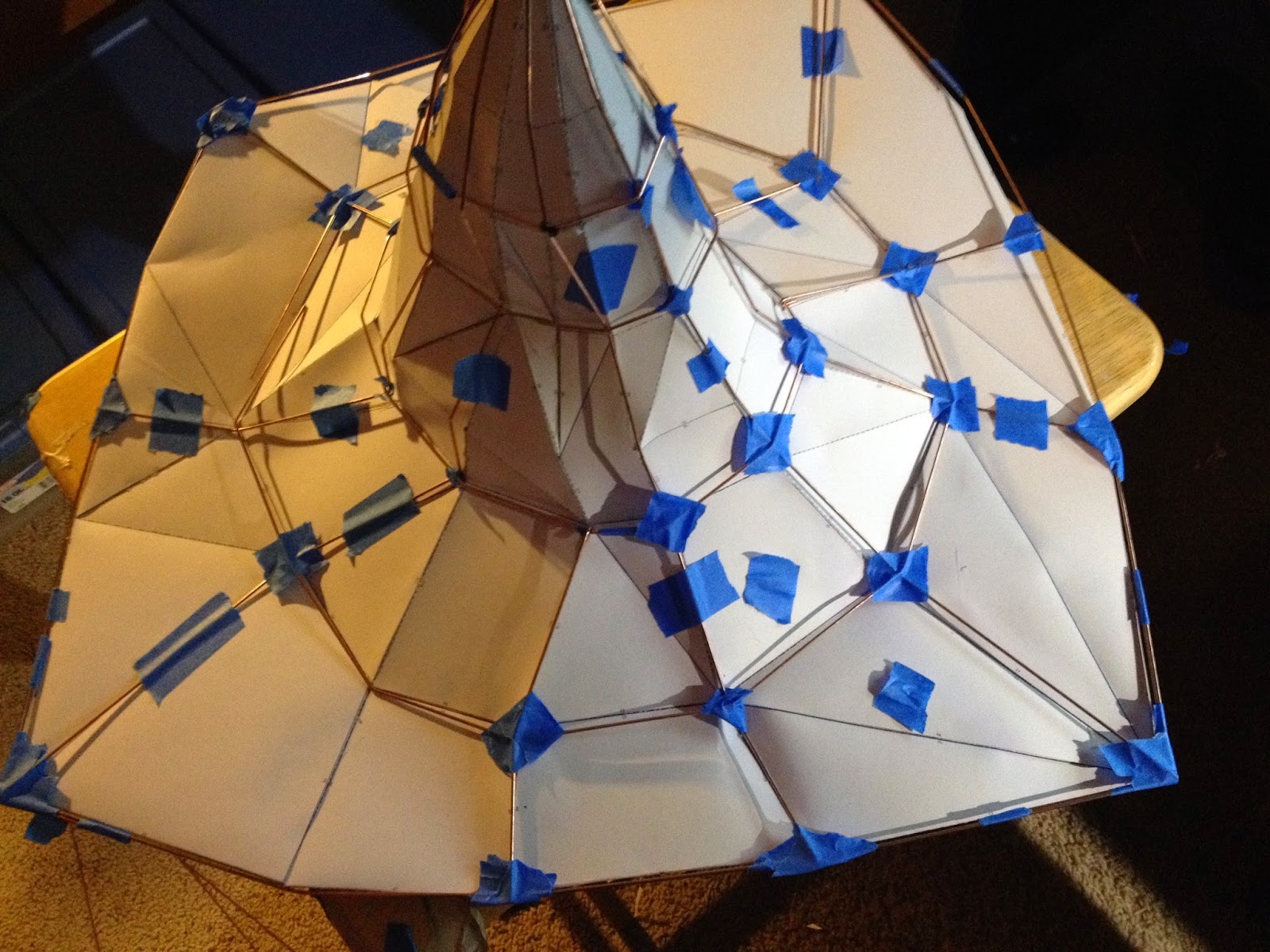 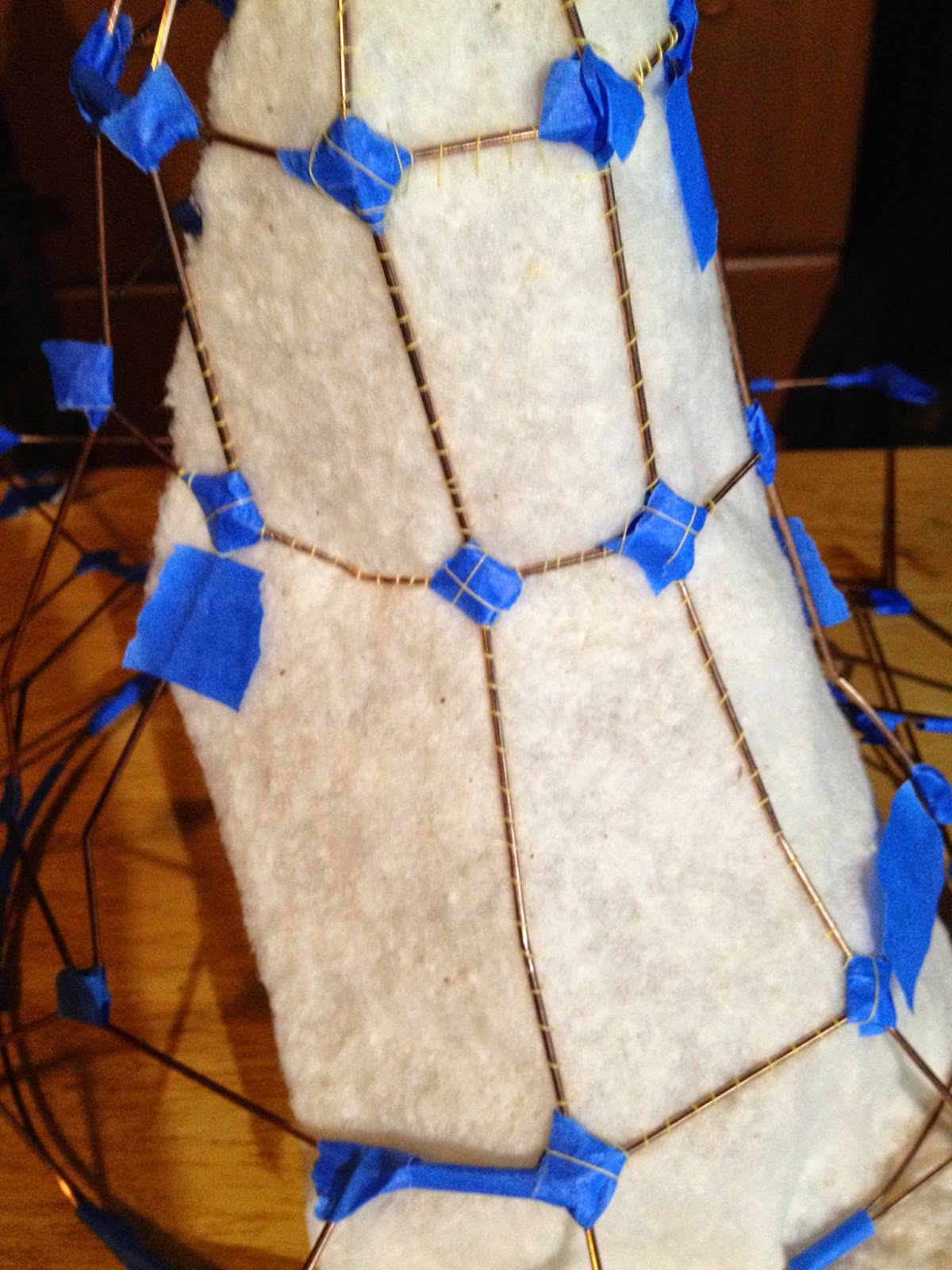 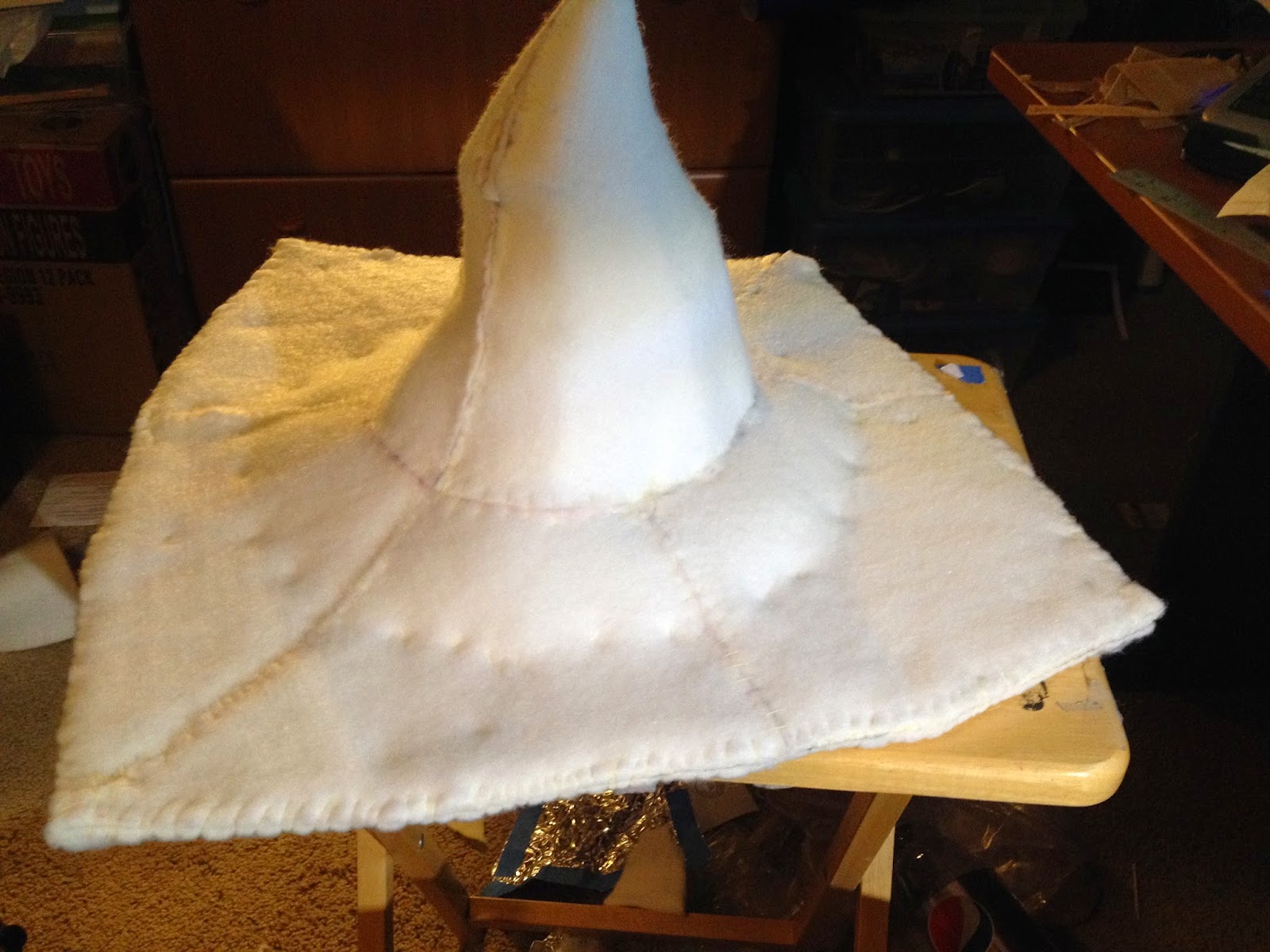 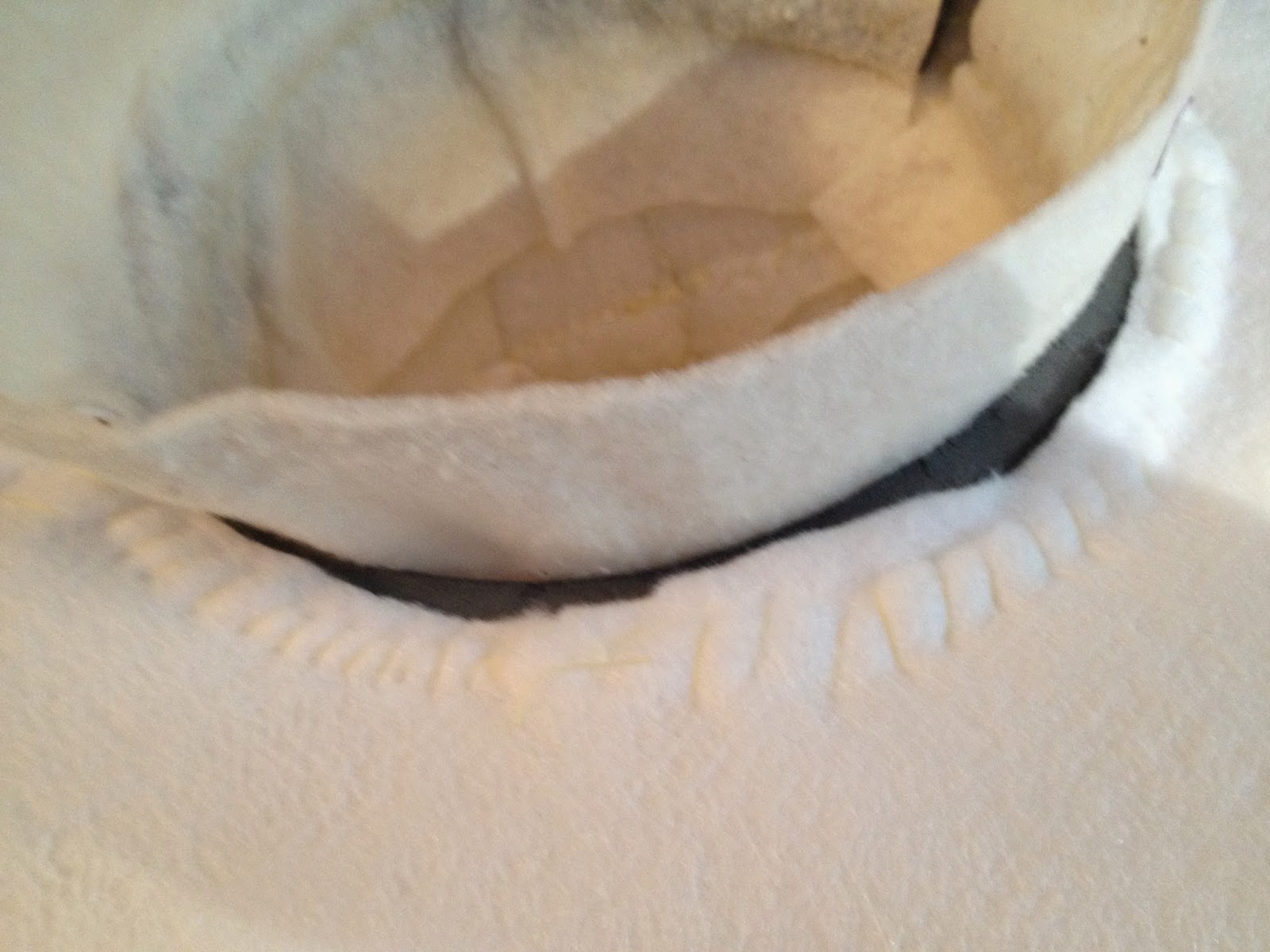 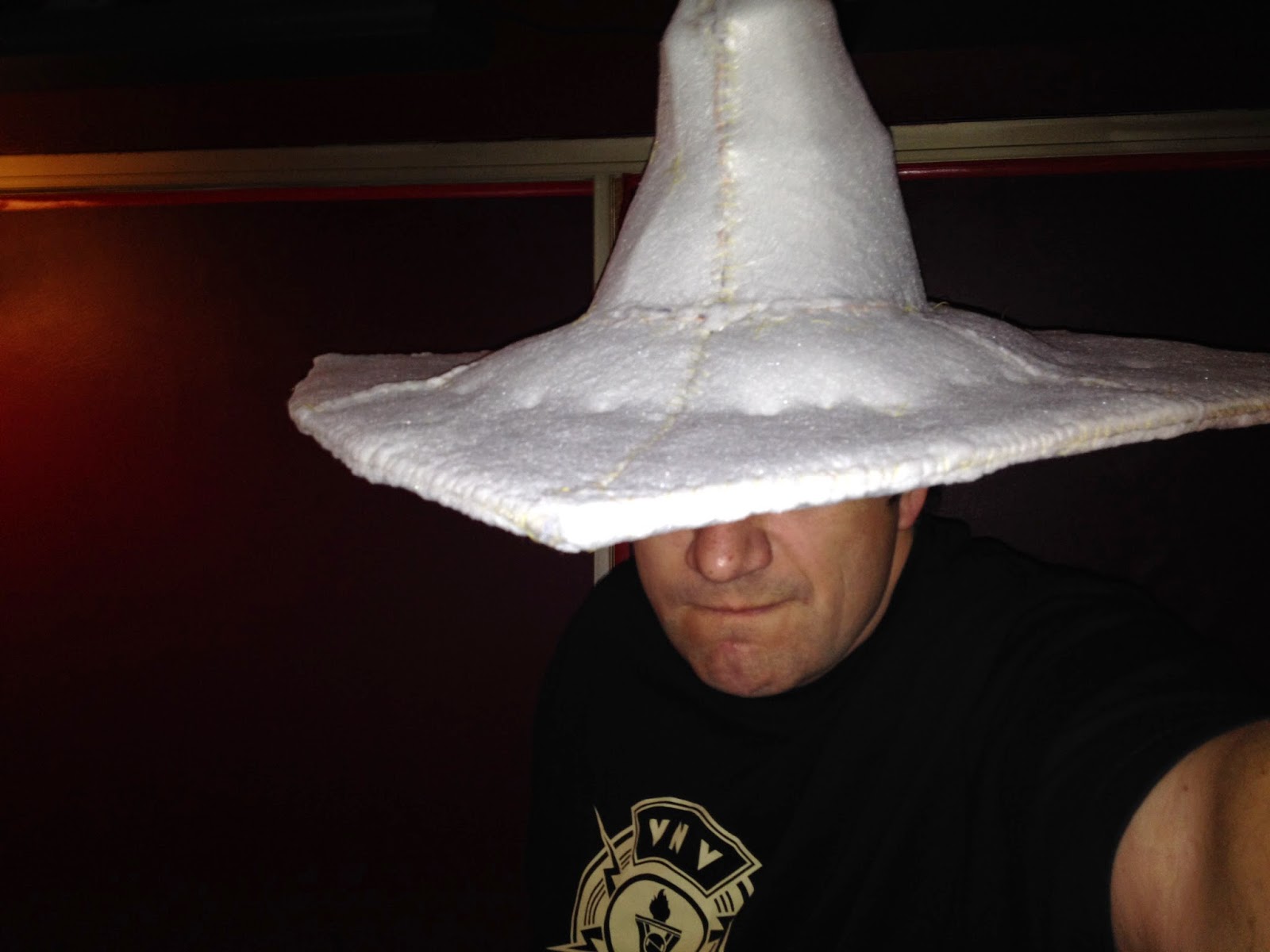 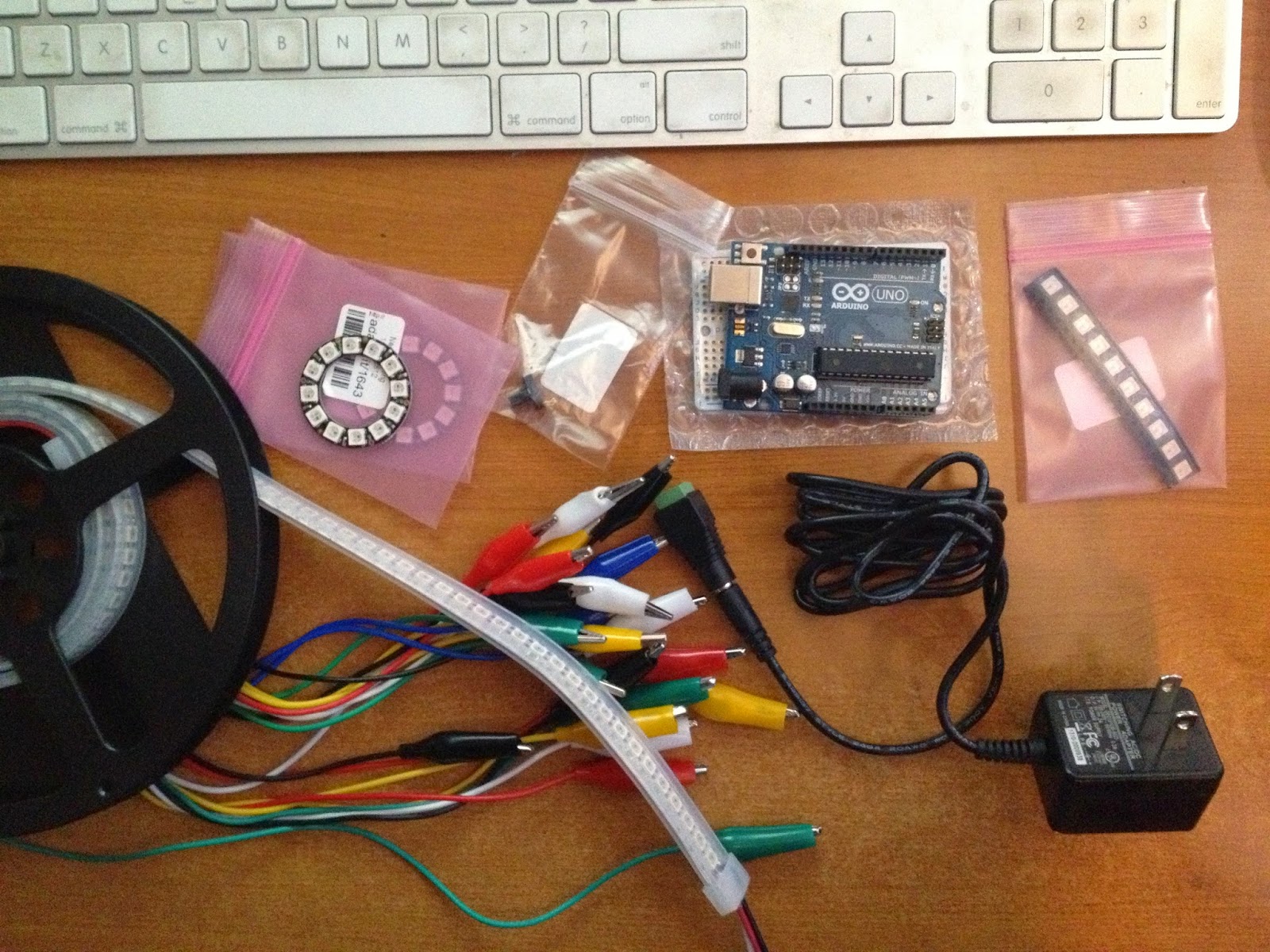 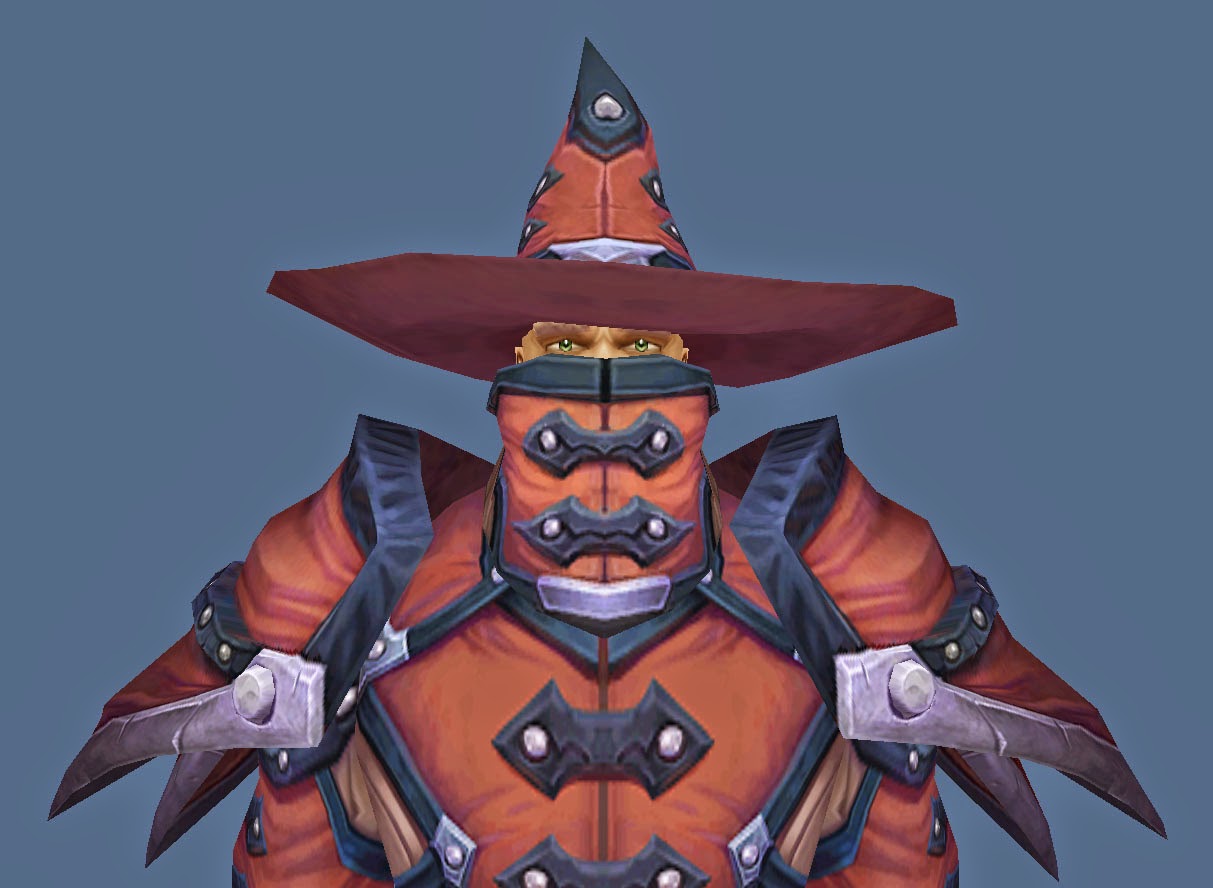 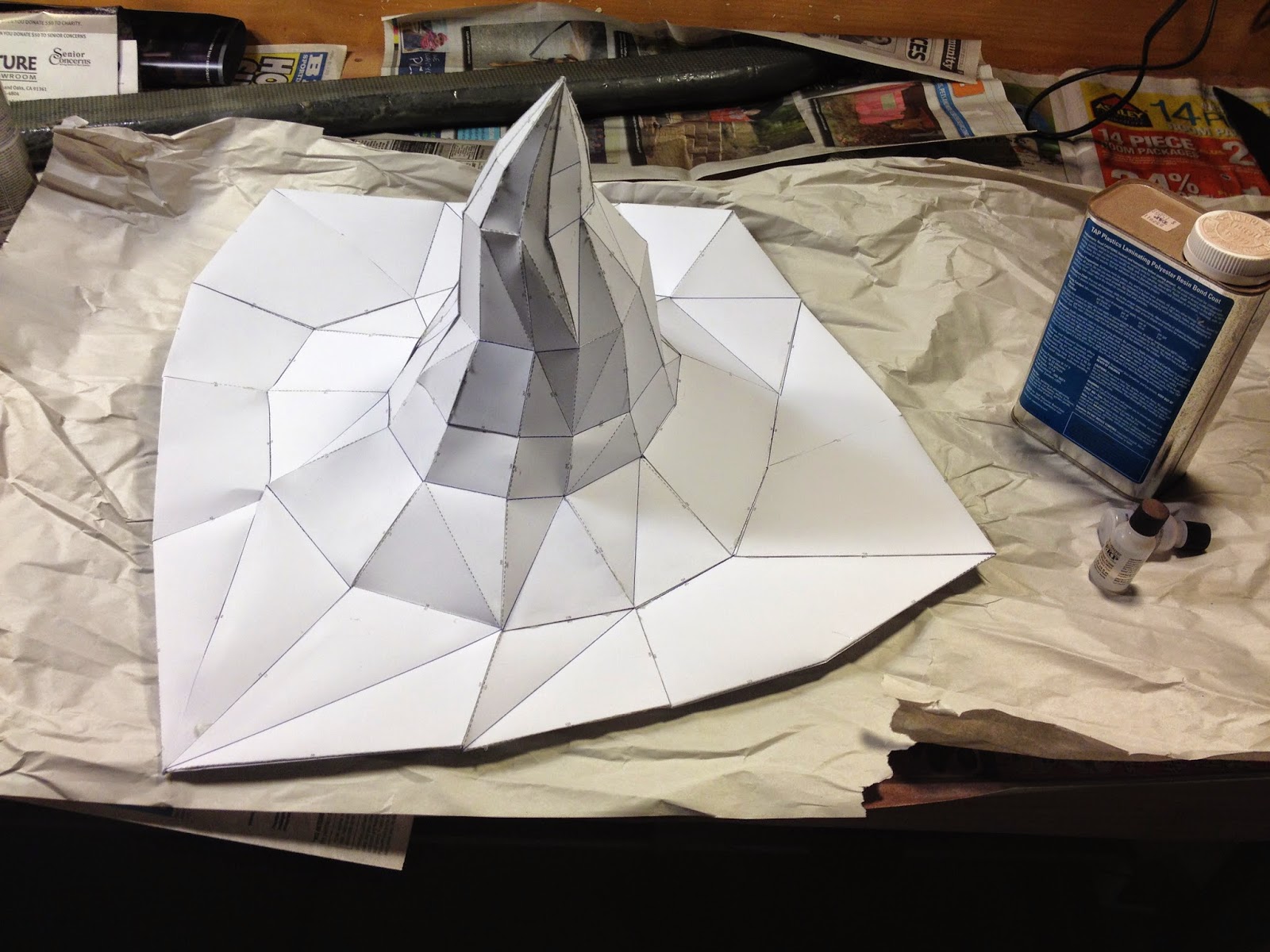 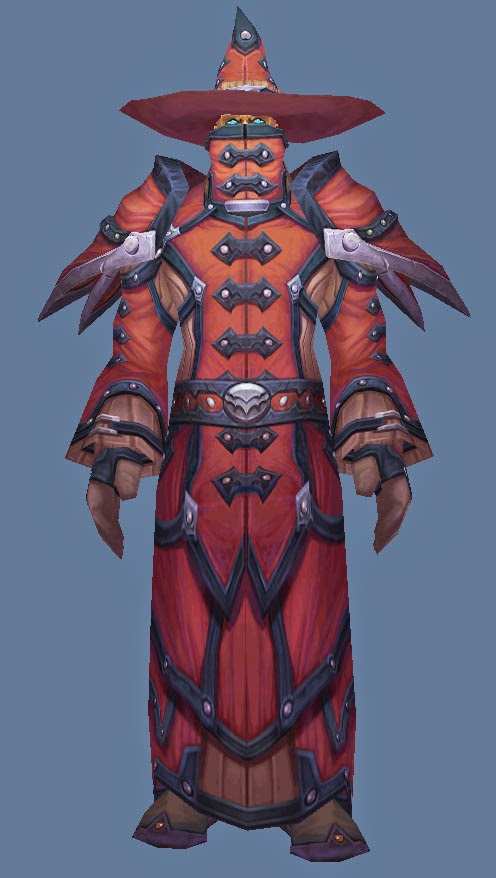 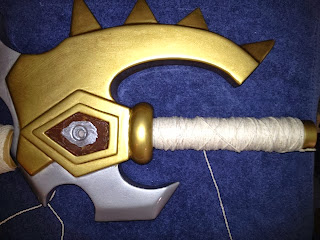 Going with a leather wrap for Shalamayne's handle. There actually is leather wrapped around the handle under all that string. I'm giving it about 24 hours to dry then I'll remove the string.

Varian Wrynn - Shoulder Armor (Before & After) 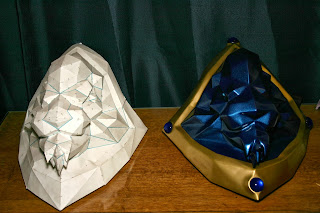 Here is the near complete lion pauldron next to a papercraft model. Yes, the finished one started as nothing more than folded paper.

Painting the hilt of Shalamayne

My first attempt for painting the hilt was to use a base coat of yellow, then dry brush various shades of gold metallic paint. But that didn't work at all.

Metallic paint doesn't give good coverage, so it ended up a splotchy mess. 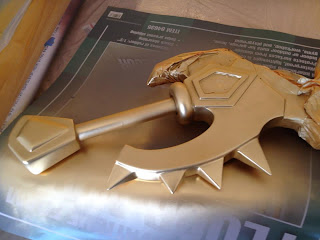 I redid the base coat with gold spray paint. It looks pretty good and hopefully I'll be able to add shadows and highlights using acrylic paint over it.